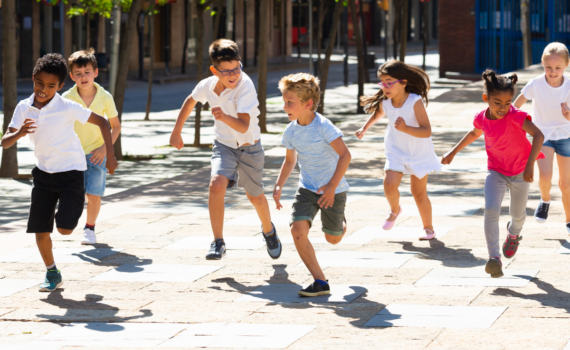 Sleep in Infants and Toddlers with Down Syndrome Compared to Typically Developing Peers: Looking Beyond Snoring
Children with Down syndrome (DS) often experience sleep problems such as restless sleep, difficulty initiating sleep, and symptoms of sleep disordered breathing. However, few studies have looked into sleep problems in children less than three years of age. In this study, researchers analyzed the sleep patterns and ecology of infants and toddlers with Down syndrome compared to those in a typically developing (TD) control group. The researchers also examined whether or not snoring status and parental behaviors explained any differences in sleep outcomes in the DS and TD groups.

Participants included 104 children with DS, aged six to thirty-six months, and 489 TD children, also aged six to thirty-six months. Parents completed an extended version of the Brief Infant Sleep Questionnaire to collect data on sleep habits and were asked basic questions about their children’s snoring status. Significant differences between groups were found when analyzing sleep patterns, parental management in night waking, and parental presence at settling to sleep patterns.  Results showed that the sleep patterns of children with DS were consistently worse in all domains compared to the group of TD children. They fell asleep later, woke up more frequently during the night, and had almost one hour less sleep on average. Researchers suggest this could partly be impacted by snoring, since 19% of children with DS snored compared to 2% of TD children. Parental behavior also impacted childhood sleep habits. Parents of children with DS were more likely to engage in active techniques to settle their child back to sleep after night waking. In addition, children with parents who stayed with them while they fell asleep were more likely to have later bedtimes and were more likely to wake up more than once during the night. While interactive parental involvement can be beneficial for the parent-child relationship, it is not beneficial when considering the child’s ability to self-soothe. Overall, this study suggests that parental behavior and snoring can impact the quality and amount of sleep children get, despite their diagnosis of DS or lack thereof. The researchers recommend that DS treatment programs should actively screen for sleep problems and should inform parents about letting their children develop healthy sleep behaviors and self-soothing skills.

Brief Report: Impact of a Physical Exercise Intervention on Emotion Regulation and Behavioral Functioning in Children with Autism Spectrum Disorder
Children with autism spectrum disorder (ASD) often struggle with emotional and behavioral difficulties. Tse (2020) conducted a study to see if a physical exercise intervention could positively impact emotional and behavioral functioning outcomes in children with ASD. A total of 27 participants with ASD, aged eight to twelve years were included in this study and were randomly assigned to the intervention group (15) or the control group (12). Children in the intervention group participated in a jogging intervention that included a total of 48 sessions over the span of 12 weeks. Children in the control group did not participate in the intervention and were instructed to continue their daily routines. Data was collected at two time points, before (T1) and after (T2) the physical exercise intervention, using the Emotion Regulation Checklist (ERC) and the Child Behavior Checklist (CBCL). The ERC was used to measure mood, emotional expression, and self-awareness, while the CBCL was used to measure overall emotional and behavioral functioning. At T1, the scores on the ERC and the CBCL were comparable between the treatment group and the control group, however, scores at T2 showed significant differences. The treatment group’s scores on the ERC greatly increased over time, suggesting that exercise improved mood, emotional expression, and self-awareness. In addition, the treatment group’s scores on the CBCL decreased, which shows that the children had a reduction in behavioral problems after the physical exercise intervention. The control group had little to no change in scores between T1 and T2. Overall, the results of this study suggest that children with ASD can potentially benefit from a physical exercise intervention and positively influence their emotional and behavioral functioning.