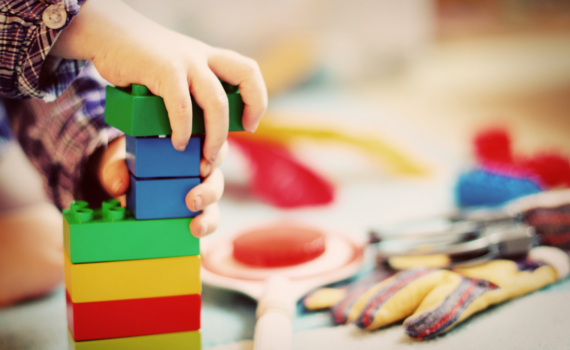 Theraplay Impact on Parents and Children with Autism Spectrum Disorder: Improvements in Affect, Joint Attention, and Social Cooperation
Theraplay is an early intervention method used to improve the relationship between children and their parents. It is a play therapy approach for treatment that uses positive interactions to impact the non-verbal aspects of children’s communication. In this study, researchers evaluated the effectiveness of Theraplay with children with autism spectrum disorder (ASD). Participants included eight children with ASD ranging in age from three to nine years old. To collect baseline data, the children and their parents participated in pre-testing two weeks before the start of intervention. Pre-testing included tasks such as putting hats on each other, playing peek-a-boo, and feeding each other a snack. Two weeks after pre-testing, the Theraplay intervention began. During the intervention, the parents and children engaged in attachment-based Theraplay activities with a trained Theraplay therapist. The treatment consisted of 19 therapy sessions over the course of nine days. The parents and children participated in two-week and three-month post-testing following the Theraplay intervention.

To analyze the effect of Theraplay, researchers compared pre-post changes in the parent-child interactions and behavior. The results of this treatment were notable. Over time, parents displayed more facial expressions, were more responsive to their child, maintained better eye contact, and offered more guidance following the intervention. In addition, over time children became more vocal, maintained closer proximity to their parents, had better eye contact, and were more receptive to parent guidance after the intervention. The results of this study suggest that Theraplay can be a useful intervention for improving the relationship between children with ASD and their caregiver.

Behavioral Problems and Psychosocial Strengths: Unique Factors Contributing to the Behavioral Profile of Youth with Down Syndrome
In order to create beneficial treatment plans for Down syndrome (DS), the behavioral phenotype must first be defined. In this study, researchers aimed to further understand the behavioral phenotype of DS, as well as identify the strengths and weaknesses that accompany DS in children. Participants included 67 parents of children with DS ranging in age from 4 to 19 years old. Data was collected using a variety of parent-report questionnaires. The children’s developmental age, emotional and behavioral problems, and psychosocial strengths were measured using various rating scales.

On average, parents reported their children as having high amounts of social problems, attention problems, and thought problems. Data also suggested that children with DS experience less intrapersonal skills such as being self-confident, expressing their sense of humor, and identifying their own feelings. This information is useful for identifying target areas for DS treatment. On the other hand, parents most often reported their children’s psychosocial strengths as expressing and receiving affect, effectively communicating emotions, and being highly involved in the family. In order to analyze the relationships between the emotional-behavioral problems and psychosocial strengths in children with DS, researchers conducted statistical analyses. Results suggested that these problems and strengths were not mutually exclusive and are not indicative of each other. It is important to identify the children’s weakness and strengths to secure a better understanding of the DS phenotype, along with identifying areas of improvement for treatment. Psychosocial strengths could potentially be used in each individual treatment plan.

Child Challenging Behavior Influences Maternal Mental Health and Relationship Quality Over Time in Fragile X Syndrome
One of the common characteristics of fragile X syndrome (FXS) is challenging behavior, which can create strain on the mother-child relationship. Researchers were interested in how these challenging behaviors, along with maternal mental health, would impact the quality of the mother-child relationship over time. Fifty-five children with FXS and their mothers participated in this longitudinal study. Data was collected over three time periods with varying ages: Time 1 (7 to 10 years old), Time 2 (11 to 15 years old), and Time 3 (13 to 18 years old). Four assessments were used to measure mother-child closeness, the child’s challenging behaviors, maternal depressive symptoms, and maternal anxiety and anger.