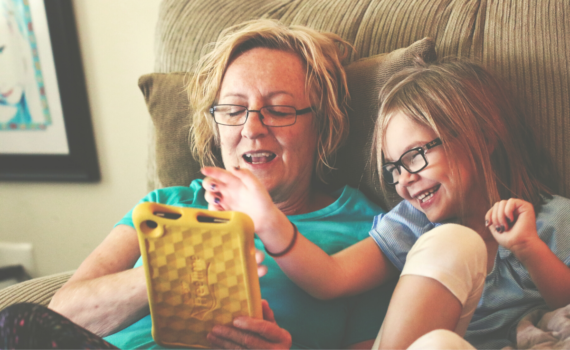 Links between sleep and daytime behaviour problems in children with Down syndrome
In the general population, it is common for poor sleep to negatively impact daytime performance. However, the impact of poor sleep in children with Down syndrome (DS) is understudied. Researchers at Cincinnati Children’s Hospital Medical Center examined the relationship between sleep quality and daytime behavior in children with DS. Participants included 30 children with DS ranging in age from 6 to 17 years old. The children wore a Micro-Mini Motionlogger Actigraph on their non-dominant wrist for seven consecutive nights to collect sleep data. The actigraph detects movement and measures sleep duration and quality. To measure daytime behavior, parents and teachers completed two assessments measuring behavior problems and inattention and hyperactivity were measured using the Vanderbilt ADHD Rating Scales. Results showed that short duration of sleep was associated with higher parent ratings of inattention and hyperactivity, but not behavior problems. Parent reports of low quality/restless sleep were predictive of increased conduct problems, anxious behavior, inattention, and hyperactivity during the day. While the results of this study do not suggest a correlation between sleep problems and daytime behavior, it is possible that poor sleep can lead to increased behavioral problems during the day. Future interventions could include treatment for sleep problems, treatment for behavior problems, or both.

Telehealth Delivery of Function-Based Behavioral Treatment for Problem Behaviors Exhibited by Boys with Fragile X Syndrome
Researchers at the Stanford University School of Medicine used telehealth to deliver a treatment plan over a 12-week period to eight boys with Fragile X syndrome (FXS), aged three to ten years. This study used function-based behavioral treatment, which aims to prevent and decrease problem behavior by reinforcing positive and appropriate behavior. Before beginning treatment, each caregiver/parent was trained on how to conduct the function-based behavioral treatment. Training included information on behavioral principles and how to block their child’s problem behavior effectively.  Additionally, each caregiver/parent was given a trial session to practice what they learned before beginning the treatment protocols. The caregiver conducted different procedures based on seven experimental conditions such as interacting with their child, letting them use preferred leisure items, instructing them to do an activity, etc. When a problem behavior occurred, the caregiver discouraged the behavior in different ways depending on the experimental condition.

After completing 12 weeks of treatment, problem behavior across participants was reduced by 78-95%. In addition, 75% of children reached mastery level on all treatment conditions. The results of this study suggest that function-based behavioral treatment can be delivered successfully through telehealth.

Screen time in 36-month-olds at increased likelihood for ASD and ADHD
Children’s use of electronic media, also known as screen time, has increased in the past two decades. Doctors recommend limiting screen time for children due to its potential negative effects on development, attention, and communication skills. Researchers at the MIND institute were interested in the relationship between screen time, diagnostic status, and language development in 36-month-old children who were at increased risk of developing autism spectrum disorder (ASD) or attention-deficit/hyperactivity disorder (ADHD) due to family history.

This study included 120 children aged 36 months with a family history of ASD (62 children), ADHD (30 children), or with no family history of either disorder (28 children). The children were placed in one of three groups based on their diagnostic evaluations: the ASD group (20 children), the ADHD Concerns group (14 children), and the Comparison group (86 children) which included the children who did not meet criteria for ASD or ADHD concerns. Parents completed a questionnaire about the amount of time their children spent watching television, movies, or using other electronic devices. Language development, ASD symptoms, and ADHD symptoms were measured. Data analysis showed that screen time was significantly associated with language scores. Children with higher amounts of screen time showed decreased receptive and expressive language scores. In addition, the amount of screen time was greater in the ADHD Concerns group than the Comparison group. The results of this study show the importance of parental education and awareness on the topic of screen time in young children. Reducing screen time could help prevent declines in language skills and may positively affect overall child development.